One turn every 50 years

Finally, YOUR NIGHT has arrived! Your observation, your data, your hypothesis, your conclusions...and your opportunity to become a hunter. It is time to put everything that Daniel, Alba, Quim and Leyre have taught you into practice. Good luck!

What are you Facing? 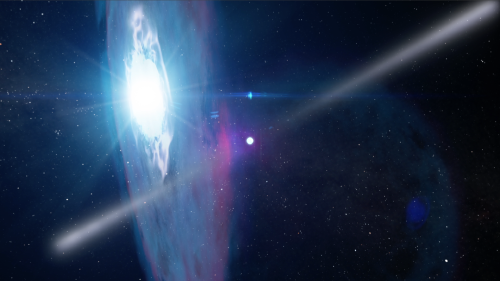 The pulsar was discovered in 2009 by Fermi, but back in 2002 HESS had already observed gamma-ray emission from that position. At that time there was no known emission from that point on any other wavelength and the source was called: TeV J2032 + 4130. Years later, in 2015, it was discovered that the pulsar formed part of a binary system with a period of 50 years. It just so happens that in November of 2017, a periastron, the moment in those 50 years when the two objects of the binary system are at they closest.

How to Solve it

We have data from TeV J2032 + 4130 that we have been collecting for several years. For each event, we have energy, hadroness, theta square, position on the camera with respect to the position of the pulsar, the time in which the gamma ray arrived (the day according to the reduced Julian day, second and millisecond) and what phase of the Crab pulsar corresponds to this time. With this data you can:

If you have already been through the other 4 nights, our hunters will have told you how to do this. Now is the time for you to also be a gamma-ray hunter. If you have any questions or don’t remember how to do something, you can always revisit Daniel, Alba, Quim and Leyre on their nights or ask them on the comments page on the right.

And, of course, if you want to do more with the data, the notebook on the right is all yours to try out whatever you want. But don’t forget to explain what you do in some way (a presentation, a code, a video while using the web application, etc) and send it to us if you want to participate in the prize draw to spend a real night on the MAGIC telescopes!

Finally, the time has come…now the notebook is all yours.

We’ve only included the instructions you need to make your graphics visible (% matplotlib inline) and the instructions in order to read the data files. After all, guessing where the data is located isn’t the work of a gamma-rays hunter scientist, but rather that of a magician!

The rest is up to you. You read that right, but don’t hesitate to ask us anything …

Good luck and, above all, have fun!

Come in and start your investigation!

Dictionary of the gamma ray hunter

There's party going on inside!

This type of galaxy (known as AGN) has a compact central core that generates much more radiation than usual. It is believed that this emission is due to the accretion of matter in a supermassive black hole located in the centre. They are the most luminous persistent sources known in the Universe. 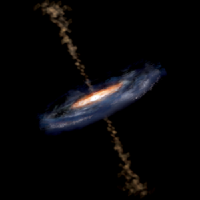 We love everything unknown. And a black hole keeps many secrets.

A black hole is a supermassive astronomical object that shows huge gravitational effects so that nothing (neither particles nor electromagnetic radiation) can overcome its event horizon. That is, nothing can escape from within. 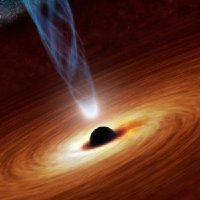 No, it's not a 'blazer', we aren't going shopping

A blazar is a particular type of active galactic nucleus, characterised by the fact that its jet points directly towards the Earth. In other words, it’s a very compact energy source associated with a black hole in the centre of a galaxy that’s pointing at us. 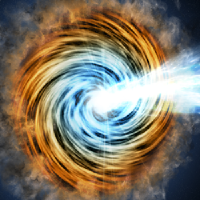 It may sound like the name of a ames Bond villain, but this phenomenon is actually our maximum object of study

Cherenkov radiation is the electromagnetic radiation emitted when a charged particle passes through a dielectric medium at a speed greater than the phase velocity of light in that medium. When a very energetic gamma photon or cosmic ray interacts with the Earth’s atmosphere, a high-speed cascade of particles is produced. The Cherenkov radiation of these charged particles is used to determine the origin and intensity of cosmic or gamma rays. 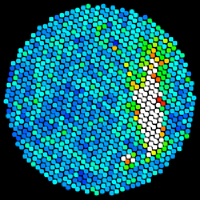 Cherenkov telescopes are high-energy gamma photon detectors located on the Earth’s surface. They have a mirror to gather light and focus it towards the camera. They detect light produced by the Cherenkov effect from blue to ultraviolet on the electromagnetic spectrum. The images taken by the camera allow us to identify if the particular particle in the atmosphere is a gamma ray and at the same time determine its direction and energy. The MAGIC telescopes at Roque de Los Muchachos (La Palma) are an example. 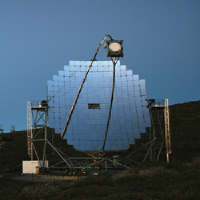 You need to know how to distinguish between rays, particles and sparks!

Cosmic rays are examples of high-energy radiation composed mainly of highly energetic protons and atomic nuclei. They travel almost at the speed of light and when they hit the Earth’s atmosphere, they produce cascades of particles. These particles generate Cherenkov radiation and some can even reach the surface of the Earth. However, when cosmic rays reach the Earth, it is impossible to know their origin, because their trajectory has changed. This is due to the fact that they have travelled through magnetic fields which force them to change their initial direction. 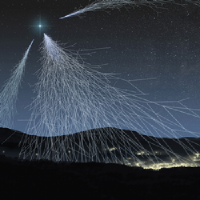 What can it be?

How can we define something that is unknown? We know of its existence because we detect it indirectly thanks to the gravitational effects it causes in visible matter, but we can’t study it directly. This is because it doesn’t interact with the electromagnetic force so we don’t know what it is composed of. Here, we are talking about something that represents 25% of everything known! So, it’s better not to discount it, but rather try to shed light on what it is … 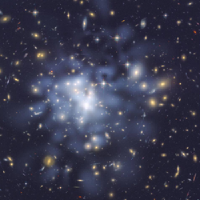 A duality particle wave is a quantum phenomenon in which particles take on the characteristics of a wave, and vice versa, on certain occasions. Things that we would expect to always act like a wave (for example, light) sometimes behave like a particle. This concept was introduced by Louis-Victor de Broglie and has been experimentally demonstrated. 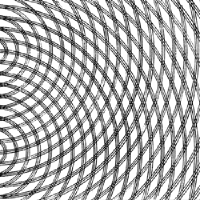 These really are the events of the year

When we talk about events in this field, we refer to each of the detections we make via telescopes. For each of them, we have information such as the position in the sky, the intensity, and so on. This information allows us to classify them. We are interested in having many events so that we can carry out statistical analysis a posteriori and draw conclusions. 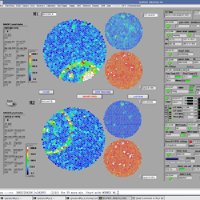 Gamma rays are extreme-frequency electromagnetic ionizing radiation (above 10 exahertz). They are the most energetic range on the electromagnetic spectrum. The direction from which they reach the Earth indicates where they originate from. 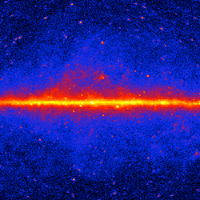 The privileges of certain equations.

Certain physical equations have this property, by which they don’t change shape when certain coordinates changes are given. The special theory of relativity requires that the laws of physics take the same form in any inertial reference system. That is, if we have two observers whose coordinates can be related by a Lorentz transformation, any equation with covariant magnitudes will be written the same in both cases. 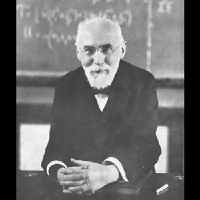 Below you will learn what a quasar is...well a microquasar is the same, but smaller!

A microquasar is a binary star system that produces high-energy electromagnetic radiation. Its characteristics are similar to those of quasars, but on a smaller scale. Microquasars produce strong and variable radio emissions often in the form of jets and have an accretion disk surrounding a compact object (e.g. a black hole or neutron star) that’s very bright in the range of X-rays. 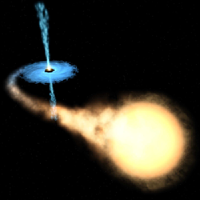 What shape do the clouds have?

Nebulae are regions of the interstellar medium composed basically of gases and some chemical elements in the form of cosmic dust. Many stars are born within them due to condensation and accumulation of matter. Sometimes, it’s just the remains of extinct stars. 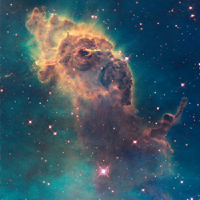 The Niagara Falls of particles!

A particle shower results from the interaction between high-energy particles and a dense medium, for example, the Earth’s atmosphere. In turn, each of these secondary particles produced creates a cascade of its own, so that they end up producing a large number of low-energy particles. 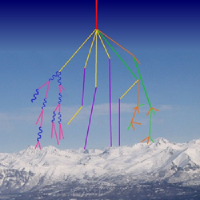 Now you see me, now you don't

The word ‘pulsar’ comes from the shortening of pulsating star and it is precisely this, a star from which we get a discontinuous signal. More formally speaking, it’s a neutron star that emits electromagnetic radiation while it’s spinning. The emissions are due to the strong magnetic field they have and the pulse is related to the rotation period of the object and the orientation relative to the Earth. One of the best known and studied is the pulsar of the Crab Nebula, which, by the way, is very beautiful. 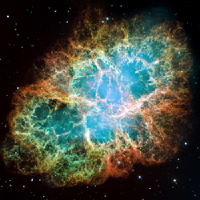 This field of physics aims to unite the quantum field theory, which applies the principles of quantum mechanics to classical systems of continuous fields, and general relativity. We want to define a unified mathematical basis with which all the forces of nature can be described, the Unified Field Theory. 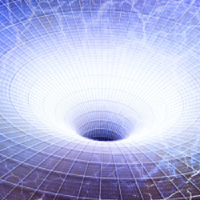 Quasars are the furthest and most energetic members of a class of objects called active core galaxies. The name, quasar, comes from ‘quasi-stellar’ or ‘almost stars’. This is because, when they were discovered, using optical instruments, it was very difficult to distinguish them from the stars. However, their emission spectrum was clearly unique. They have usually been formed by the collision of galaxies whose central black holes have merged to form a supermassive black hole or a binary system of black holes. 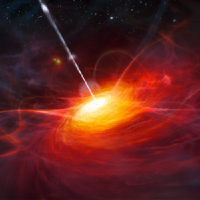 A candy floss in the cosmos

When a star explodes (supernova) a nebula structure is created around it, formed by the material ejected from the explosion along with interstellar material. 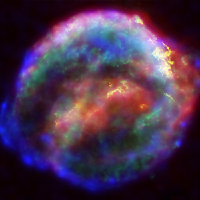 In this life, everything is relative...or not!

Albert Einstein was the genius who, with his theories of special and general realtivity, took Newtonian mechanics and made it compatible with electromagnetism. The first theory is applicable to the movement of bodies in the absence of gravitational forces and in the second theory, Newtonian gravity is replaced with more complex formulas. However, for weak fields and small velocities it coincides numerically with classical theory. 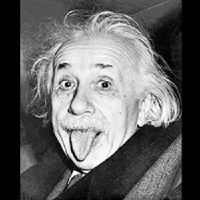